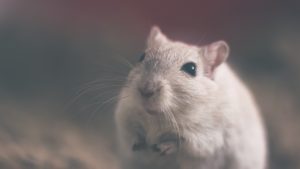 The cycle also incorporates the five elements. The natural flow of the elements is wood -> fire -> earth -> metal -> water. Then the cycle starts over again.

Each animal goes through a cycle of each of the five elements, so when we combine all of that, we have five 12-year cycles to make a complete 60-year cycle. Then a new 60-year cycle starts.

The Heavenly Stems are the five elements of wood, fire, earth, metal and water. They give us the energy coming from “Heaven” or the heavens or universe for the year.

The 12 animals correspond to the Earthly Branches, or the energy of the earth (the planet, not the element) each year.

Each year is either Yin or Yang, and they alternate. We’ve just finished a Yin year, so this year is Yang.

The Heavenly Stem this year is Yang Metal, which is why it’s a Metal Rat. Some people call it a White Rat, since white is the color of Metal.

According to the The Yellow Emperor’s Classic of Medicine, written about 2,000 years ago, the nature of Metal is cool, dry, hard and forceful. It can cause “sternness and killing”, as well as “aging and falling”. Metal also represents justice, or right versus wrong.

This adds up to the possibility of violence. We tend to have more violence in Metal years, and the fact that it’s a Yang year makes it potentially stronger, or worse. The justice nature of Metal gives the potential for violence where people think they’re right and others are wrong.

Since the Heaven energy also represents what’s “above” us, it can mean violence coming from governments, or people in positions of power over others (“above” others). But it’s more likely against other governments, if it happens, rather than governments against their people. Since Metal is the parent of Water, and the child (Water) refers to the people “below”, Metal and Water are in a natural parent-supporting-child relationship. Because their relationship is harmonious, it’s unlikely that governments will be violent against their people. It may be that there are cases where some countries think they’re right and others wrong, and then there could be the potential for violence. Because the Metal and Water elements are in harmony this year, we may see more “saber-rattling” rather than actual conflict.

Next, let’s consider the Rat. Rats are intelligent, prolific and resourceful. People don’t tend to like rats because we associate them with garbage and uncleanliness, but they’re smart little survivors. Think of why rats are so successful in mazes –  they’re Water nature, and water always finds a way to flow through. So perhaps we’ll see some smart new strategies emerge this year.

The Rat represents Yang Water. So we have the combination of Yang Metal and Yang Water. Metal gives birth to, or produces Water. Metal is the Heaven energy, and is in the position of being “above” its child, the earth energy of Water. The parent is “above” the child. Since this follows the natural flow of the five elements, this is a harmonious relationship.

2109 was Yin Earth and Yin water, which makes mud. And since Earth restrains Water, there wasn’t much flow or movement, and a lot of stagnation instead.

Metal gives birth to Water, so 2020 will have more movement and flow, and less stagnation overall. Things that were stuck should start moving again.

The Nature of Water is, of course water. It also represents cold, specifically “piercing cold”. It causes frost, ice and hail. It’s also considered “hard and stern”. This seems a bit counter-intuitive, because water feels soft, but water can do great damage. And it’s Yang Water. Yin Water is like clouds and rain. Yang Water is like the ocean. It’s big and powerful and impossible to stop once it gets moving.

Yang Metal is very inflexible, because it doesn’t bend easily. On the other hand, Water is very flexible, and always finds a way to go where it wants.

Metal is like a knife that cuts, and Water washes things clean.

Water is associated with wisdom, so hopefully the Water energy will bring some flexibility and wisdom this year. But the hardness and sternness of both elements may just steamroll over wisdom. There could be big movements this year, with lots of people caught up in the flow.

Water is very strong this year. So “children”, or those “below” or with less power are strong enough to stand up to their “parents”, or those “above”, especially when it’s an issue of justice or right and wrong. We’ll likely see continuation and strong growth in the movements of those who feel like they’ve been abused by those in power and want justice, like the #MeToo movement, women’s rights, and the youth movements around gun control and climate change. These are also movements spurred by wanting justice (Metal), and fear, which is the emotion associated with Water.

Because Water is the “child” and we’re at a new beginning in a new cycle, there is a lot of support for youth movements and new things. And the Yang nature of the Water could make those movements become unstoppable groundswells or tidal waves. It should be an interesting year, particularly with the U.S. presidential election this year.

I have to start this section with a caveat. Australia having massive fires in 2019, a Yin Earth/ Yin Water year, is not what should happen. If anything, it should have been problems with mud, water, and flooding, not fire. Fire energy was very weak in 2019. The planet is out of balance, and showing symptoms.

I’m not being political here, only diagnosing the problem. Global warming is interfering with the natural flow of energy. It’s like a body being out of balance that has symptoms that wouldn’t be there when it’s in balance. It’s like a person who eats too much ginger too often and feels hot when they shouldn’t. The planet is now out of balance, and showing heat symptoms.

Weather predictions based on the energetics of the year have been fairly accurate in the past, and overall, they should still dominate the weather. However, because of the planetary imbalance, there could be heat symptoms, when there shouldn’t be any this year.

With the coolness of Metal and the piercing cold of Water, it should be a colder than normal year. It should be a bad winter, with many problems due to freezing, hail, and ice. Metal’s nature is dryness, but it’s also in charge of fog and dew. And Water represents actual water. Even with the dryness of Metal, there will probably be more rain this year. We’ll probably get alternations between dry weather and humidity.

Because it’s a Yang Water year, rain and snow storms will probably be big and damaging, with lingering ice, cold and frost. Because of the fog and dew aspect, there may be more accidents in foggy weather, and more blizzards with white-outs.

There may also be problems with flooding, especially on the coasts of big rivers, lakes and oceans, since it’s a Yang Water year. Because there’s more movement this year, if bodies of water move, it will be a Yang movement, and big. There could also be tidal waves.

Health in the Year of the Metal Rat

There could be more accidents involving metal and water this year because both elements are so strong. Pay attention when using knives, driving, boating or water sports.

Metal also represents armored creatures, which are insects. There could be problems with insects and insect bites.

Water represents scaly creatures, so be careful around snakes and dangerous reptiles.

Metal’s state of mind is anxiety, and Water’s is fear. We usually think of anxiety associated with the Heart and sadness associated with the Lungs, the Metal organ. These emotions usually emerge when the associated organs are out of balance. But there could be more problems with these emotions this year, especially in people with preexisting conditions. If there is violence this year, it will cause more anxiety and fear.

When we consider the five elements and their associated organs, we can see how strong or weak each organ is this year. 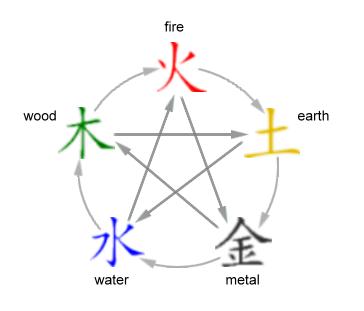 Metal and Water are strong. So Lungs and Kidneys should be strong this year. Patients with Lung and/ or Kidney deficient conditions should feel better this year. Patients with Kidney deficiency-type asthma may feel better, although anyone worse with cold will have a harder time in winter. People with excesses in either of these organs will have more problems. There could be more problems with excess bone problems like spurs. And since the lungs rule the skin, the may be more issues with dry skin and skin excess conditions.

There could be more injuries caused by metal and water, like knife cuts and falls due to slippery surfaces. Because the Water/Kidney energy is strong, even though there may be more falls, bones should be strong and heal well because the Kidney energy is in charge of bones.

The Wood element is strong this year, since Water is the parent of Wood. Metal does weaken Wood, but overall, Wood is strong. So people with Liver/ Gallbladder excess may feel worse, while those with deficiencies may feel better.

Fire and Earth are both weak this year, since Water and Metal weaken their energies. People with Heart deficiencies may feel worse and have more problems. As mentioned above, there may be more anxiety, as well as worry and overthinking, since the Earth element is weak.

People with weak digestion will need to be more careful about their diets and eating correctly this year. It will be easier for Spleen/ Stomach and digestive problems to occur, especially in cold weather. It’s a good year for people to learn how to eat correctly according to Chinese medicine and protect the Spleen and Stomach. Eat more cooked, warm foods, like soups and stews this year, especially in cold weather.

Rats are intelligent animals so this is a good year for learning and study. More importantly, water represents wisdom, not just intelligence, so it’s a good year to cultivate wisdom. The water / Kidney energy in the body is a deep level of energy, so practicing to cultivate deep wisdom is very good this year. Meditate, practice Qigong or other spiritual practices to cultivate that deep wisdom.

Metal is very materialistic, and with the potential for violence and emotional upset this year, practicing to gain wisdom, and calm and balance the emotions can help with the harsher aspects this year.

Along with cultivating wisdom, remember that this is the beginning of a new cycle. New beginnings aren’t always easy. There’s the potential for the Yang Water to wash away the old and bring in change and new energy for the next 12-year cycle. Remember to plan what you want your next 12 years to look like and take advantage of the new energy and new cycle.

There are no straight lines in the Taiji (Yin/Yang) circle because the energy is always moving and changing. When we get to an extreme, i.e., the fattest part or the thinnest part, it flips into its opposite, which is not always a peaceful process. So even though it seems that this year may have its challenges, it’s only a phase and the energy will change.